Boroujerdi's house is located in the Sultan Mir Ahmad Kashan neighborhood, one of the oldest neighborhoods in the city. The old house of Boroujerdi in Kashan dates back to the Qajar era, about 130 years ago and, like many other historical houses in the city, it consists of two main parts, interior and exterior.

Boroujerdi's house is built on 3 floors and has various areas such as king domes, moonlight, entrance porch, crypt and summer and winter porches. The building was built around a Garden of 620 square meters.

History of Boroujerdi House in Kashan

This house was built in the Qajar era by a famous merchant named Haj Seyyed Hossein Natanzi (Berjardi) in 1242, and is a perfect example of a Loban house at that time.

Contrary to many people's opinion, this businessman was not only from Boroujerd but also a person of Kashani origin, but because of his many business contacts with businessmen in Boroujerd, he was called Berjerdi and this is also why he named this house Boroujerdi.

It is interesting to know that the designer of this beautiful house was the same master of the tile Ali Maryam who also designed and designed the Tabatabai house. The clever design of the house makes the burning and sometimes unbearable gram of Kashan bearable. On the roof of the house, there are windshields installed that allow the heat to be converted into cool, airy air and flow into the home.

What are the exterior parts of the house?

The courtyard is located on the outside where visitors can easily visit. In addition, the mansion is located here and includes areas such as the entrance hallway, central courtyard, indoor hall with skylights, windshields, winter and summer rooms.

On the outside, buildings are located on either side of the courtyard. In the south, the most important part of the building is a very large hall with a dome-shaped roof and decorated with skylights. The walls are also full of Russian-style paintings and the exquisite plaster of the walls are other beauties of the area.

The inner part of the house

The inner part of Boroujerdi's house in Kashan has two conduits: the northern part and the southern part

Boroujerdi's house has been refurbished several times so far. This house was listed in the National Heritage List of Iran in 1353.

Kashan is an arid city and is very important to the Iran tourism industry. There are many historical and cultural sites to visit in Kashan. After visiting the Boroujerdi House I highly recommend staying for a few more days to visit Bagh-e Fin (Fin Garden), the Tabatabaie House, the Abbasian House, the Ameri-ha House, Tepe Sialk (Sialk Hill), Agha Bozorg Mosque, and Kashan’s traditional Bazaar.

If you decide to travel to Iran with one of our Iran tour packages, you wouldn’t need to worry about the costs, since the entrance fees are included in your package. But for solo travelers, the Boroujerdi House is open every day from 9 AM till 5 PM. To visit the Boroujerdi house you must pay 150,000 Rials each.

Gapatour has many different Iran tour packages passing Kashan and Boroujerdi House. To get to know them better, Contact us or visit our Iran tour page.

In this article, we are going to describe one of the most amazing Iran attractive places, located in “Kashan “, Isfahan province. If you want to travel to Iran, you probably like to know more about Iran attractive places and Blog sections can help you very much. “Boroojerdi house“is one of the main destinations of Iran travel agencies were because of its amazing architecture and especially because it is located near other “Kashan “historical places such as the Tabatabaie House, the Abbasian House, the Ameri-ha House. This building is located in the “Sultan Mirahmd “neighborhood and it belongs to the” Qajar “era. This house, with a crescent-shaped winder, looks beautiful on the roof of the hall and pergola on one of the most beautiful Iranian architectural influences. Valuable paintings of this house were performed under the supervision of” Seni’a Al-Molk “the great painter of Iran, and “Kamal al-Mulk’s “uncle. The owner of the house was He is famous for Boroujerdi for his many trips to ” Boroujerd “.The “ Borjerdia “ house is on two floors and in some places, like the southern part, with a three-story cradle. This house is a symbol of traditional Iranian homes. Borujerdi’s house is built on an area of approximately 700, 1 square meter and has an area of 3000 square meters and consists of two inner and outer courtyards Consists of two main and minor entrances, a vestibule, a hallway, a yard, a summary, a winter garden, a kitchen, an indoor courtyard around. We will describe more about this house. Please follow us on social media. 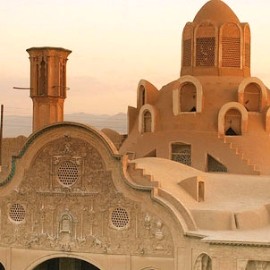 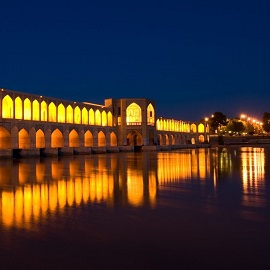 Best time to travel to Iran