Taq-e Bostan is a series of stone cravings dating back to the Sassanid era and 4th century AD. Taq-e Bostan means "Arch of the Garden" or "Arch made by stone". These stone carvings are located in near Kermanshah province and beside Zagros Mountains. Taq-e bostan represents the perfection of Sassanid art flawlessly.  Taq-e Bostan and its relief patterns highlights and shows power, religious tendencies, glory, honor, the vastness of the court, game and fighting spirit, festivity, joy, and rejoicing and even 1500 years of rain and storm didn’t destroy them.

Taq-e Bostan was placed near the Silk Road and springs that free into the base of the mountain cliff.

According to the founder of Iranian art and archeology Institute in the US, Arthur Pope, "art was characteristic of the Iranian people and the gift which they endowed the world with." And as an example to this sentence we can mention one of the only 30 surviving relicts of Sassanid era, Taq-e Bostan. It is one of a kind in art and carving style.

Unfortunately 1300 years after carving Taq-e Bostan, a very irresponsible Qajar king destroyed some parts of the original carvings by trying to carve his own relief. His relief is very simple and senseless.

Let’s get to meet and know more about each relief carved on Taq-e Bostan.

Ardashir the second became the king of the Persia at 379 AD. The oldest carving of Taq-e Bostan represents his coronation ceremony. Archeologists don’t agree on who is giving Ardashir the second, the royal ring and the crown. Some say it is his predecessor Shapur the second and some believe it is Ahura Mazda himself. Archeologists also found a shape very similar to the image of Julianus Apostata as it appears on Roman coins. Ardeshir helped his predecessor Shapur the second in defeating him.

Under an arch smaller than the “Ardashir the second crowning” you can witness both Shapur the second and Shapur the third carvings facing each other (Shapur the second is on the right side and his son on the left side). It is unknown when this inscription was written but many believe it dates back to the 385 AD. Let’s take a look at the Inscription translated to English:

As you can see the inscriptions are very similar since they ruled at the same era.

My favourite carving on Taq-e Bostan is Iwan of Khusrow the second. On the right side of the main Iwan you can witness three figures two of them are Ahura Mazda and Anahita (the goddess of water) and in the middle of the stands Khusrow the second. Khusrow is riding his favorite horse, Shabdiz. In front of this rock-cut you can see what archeologists belive to be the tree of life and on top of that are two winged women flying.

5- Scene of boar and deer hunting

Throughout the history, hunting was one of the most interesting activity, not only in Persia but also all around the world. At Taq-e Bostan you can see two carvings on both sides of an Ivan. One scene indicates a king catching a bear and the other with the same theme, indicates the same king stalking deer.

Five elephants flush out the fleeing boars from a marshy lake for the king who stands poised with bow and arrow in hand while being serenaded by female musicians. In the next scene, another boat carries female harpists and shows that the king has killed two large boars. The next boat shows the king standing with a semicircular halo around his head and a loose bow in his hand, meaning the hunt is over. Under this picture, elephants are retrieving the game with their trunks and putting them on their backs. Several episodes of the royal hunt are thus shown at the same time.

These royal hunting scenes are among the most vivid and highly narrative murals immortalized in stone.

Visit Iran and enjoy thousands of masterpiece sites. if you want to travel to Iran and visit this site, feel free to contact us. our professional staff will offer you the best Iran tour packages. 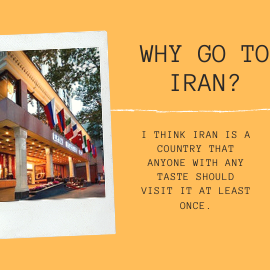 WHY GO TO IRAN 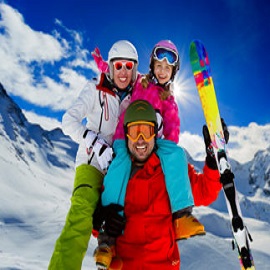