Tehran city has many mountains in close and some of them are best placed to enjoy and spend your time on dining or hiking and climbing. DARBAND Mountain is very interesting for all tourists to make the different experiences there and know about Persian traditional foods in a unique area with wonderful nature and nice restaurants. It’s located in the north of Tehran and close to SAADABAD Palace.

All About Darband mountain

Usually, the first suggestion for anyone who travels to Iran is Darband mountain. It is true that Tehran is full of sights and attractions, but Darband mountain is truly beautiful with a mixture of the nature of Tehran's foothills, along with traditional restaurants and resorts.

Today we want to tell you all about the Darband mountain's history, attractions, weather, the best time to go and summarize everything about this fascinating area in the ​​northern Tehran.

Where is the Darband mountain?

Darband mountain is a great place for hiking, cycling and friendly appointments, watching the beautiful scenery as well as eating the delicious food that comes alongside this area. This recreational area, 5 meters above sea level, is the main route to the central Alborz Mountains, and every year, many people reach the summit of this Resort and other high peaks as they pass this beautiful and spectacular route. In most of the various surveys that have been conducted, the people of Tehran suggest this area as their first choice for foreign and city guests. The environment in this area is good for families as well as for nature-loving people and friendly gatherings.

History of Darband district of Tehran

Before turning into a recreational district, Darband was a very old village to the north of Saadabad Palace. This neighborhood dates back to 200 years ago and part of it called “Shater garden” dates back to 100 years ago. Due to its excellent location in the past, it attracted a large number of individuals and officials from that time, and many wealthy individuals and kings built private residences in the summer resort.

Facilities and Attractions in Darband mountain

It's no wonder that Darband mountain has all kinds of recreational facilities or even attractions. Among these different attractions are some of the more famous and interesting sites that we suggest you visit when you're in Darband mountain.

A trip to the north of Tehran with telesiege

One of the exciting leisure activities that took place about 40 years ago in the recreational area of ​​Darband mountain, is the telesiege that tourists can use to reach the highlands. in the beginning, people in the aftermath of the fortress and climbers in the foothills of northern Tehran needed the means to use it for commuting to the countryside and mountain paths. However, after a while, this device became one of the recreational facilities for tourists to use it to bring their passengers to the top of this mountainous area and at the same time enjoy the eye-catching and mountainous views. If you want to enjoy climbing Darband mountain, Make sure you visit this area from Saturday to Wednesday from 9:00 am to 12:00 pm and Thursdays and Fridays and holidays from 6:00 am to 12:00 pm.

The statue of the climber, the most famous attraction of Darband

One of the most famous parts of the Darband district of Tehran is the Sarband Mountains and the 3-meter-high sculpture in the middle, which is a great subject for tourists to take a photo of. Few know about the story of this sculpture. About 50 years ago, a 3-meter-high climber mounted in Sarband Square became the symbol of Tehran and mountaineering. A statue that many mountaineers remember with their memories of the sport, and has been standing there watching the passers-by for years. The statue was built in memory of one of the most efficient special forces of the Iranian army that saved the lives of foreign climbers. In fact, it was winter 49 years ago when an American plane crashed in the mountains of northern Tehran.

A German paratrooper is sent to the American prison to rescue him, but he also gets his umbrella stuck in the rocks and hangs. At that time one of the most efficient Special Forces of the Iranian Army, Master of Umbrella Kite and Army Climber, Sergeant Amir Shah Qadimi, was selected to save the group's lives. He bravely rescues the entire group, receiving a medal of courage from then-US President John Kennedy and being honored by the Iranian government at the time, making his statue sculpture in support of this brave operation. Be. The statue is still in the Darband Square of Tehran after 5 years. Sergeant Amir Shah Qadami retired with the rank of colonel and eventually died in May 2008.

Alongside this beautiful statue, the mountainous surroundings, the river crossing through the maze of the valley, restaurants and small stables, the famous Imamzadeh Ibrahim and the sled, the twin waterfalls and the Sharpela refuge on the way to Conquest Peak Resort are other attractions. The neighborhoods are quiet.

An exciting recreation in the sleigh of Tehran

Tehran Sleigh is one of the recreational areas of this area which is a little further from other attractions and places that we introduced you. In Tehran Sleigh, you can ride in the mountains of Tehran and enjoy a beautiful view of north Tehran. Tehran's sleigh environment is family-friendly and features sophisticated amenities like electric cars, flying cinemas, various sports fields, terrariums safari and many more. Wagons of Tehran sled ride 2 meters at a speed of 2 kilometers per hour and give you a lot of excitement with the geographical features of the area where you are located. You can go to Tehran sleigh from 9 am to 6 pm.

For many, the main recreation that drives them to this area is the delicacy and variety of delicacies offered here. Enjoying popular and delicious food in a clean and refreshing atmosphere, along with eye-catching scenery with friends and family, is an opportunity that cannot be so easily achieved elsewhere in Tehran. The area's restaurants are open until 8 pm and serve every food that is alike. Don't miss out on the street foods sold in Darband and try the grilled cob milk and a variety of sorrel and plum.

hope this article gave you all the informaition you needed. if you want to experience a memorable trip to Iran, contact us. 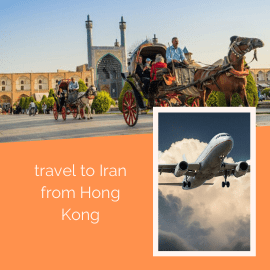 travel to Iran from Hong Kong 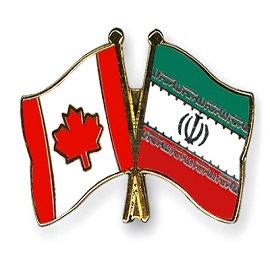 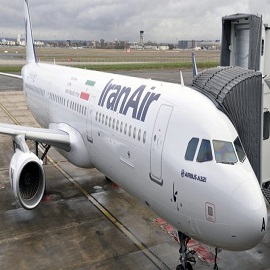