In the early Islamic era, the Alavians flocked to Qom only to remain free being hunted by dominating Abbasside and Omavi rulers. Due to the presence of the Alavians in Qom, this city became theirs. The people held Mamoon responsible for the murder of the eighth Imam of the Shia sect, Imam Ali Ebne Moos-al-Reza (PBUH), and had great respect for the Imam’s sibling who passed away in Qom and was laid to rest in that very city, in 201 AH. These happenings made alterations between the inhabitants and the ruler of that time, so as a protest people refused to pay taxes. This encouraged Ma’moon to send armed forces to Qom in 210 AH, resulting in a public bloodbath and destruction of the city. When the inhabitants of Qom found out about the demise of Ma’moon, they revolted and were successful in overthrowing the representative of the Caliph in 216 AH. Ma’moon’s heir sent forces to Qom to curb the riots and once again the city was set on fire. After this war, “Mohammad Ebne Issa Ba’ad Qesi” was assigned as the ruler of Qom, and he followed a tactful policy. With the oncoming of the Abbassids, the anti-Alavi policy strengthened, and the inhabitants of Qom gave full support to the Alavian ruler “Hassan Kokabi”, till he dominated in the limits of Taleqan, Qazvin, Zanjan, and Abhar. In 254 AH, the Abbasid Caliph of that time assigned “Moosa Ebne Baqa” to control Hassan Kokabi and the revolts of Qom. The inhabitants drew to the eleventh Imam of the Shia sect, Imam Hassan Askari (PBUH) in order to get free from the hands of the despotic caliphs and their means. The fight continued right till the Al Booyeh came to rule, being one of the Alavian community. It was during this reign that the city of Qom expanded and grow well. In the Saljuqi era, the city flourished too. During the Mongol invasion, the city witnessed very intense destruction, but after Mongol rulers, such as “Sultan Mohammad Oljaito” were drown to Islam, Qom received especial attention, thus vitalizing again. In the late 8th century AH, the city came under the plunder of “Teimoor Gurkani” when the inhabitants were butchered again. During “Qarah Qoyoonloo”, “Aq Qoyoonloo”, and especially during the reign of the Safavid ruling time, Qom gained special attention and progressively developed. In 909 AH, Qom became one of the most important centres of theology in relation to the Shia sect and was a vital pilgrimage site and religious pivot. During the Afghan invasion, Qom suffered heavy damages, and its inhabitants witnessed economic pressures. Qom even saw severe damages during the reigns of Nader Shah Afshar, and the struggles between the two households of Zandieh and Qajar in order to gain power in Iran. In 1208 AH, Qom came under the control of Aqa Mohammad Khan Qajar. For being successful over his enemies, Fath Ali Shah was in charge of the repairs done on the sepulchre and Holy Shrine of Hazrat Ma’soomeh (AS), as he had made such a promise. The city of Qom flourished in the Qajar era. After the Russian forces entered Karaj in 1915, many of the inhabitants of Tehran moved to Qom. The transfer of the capital from Tehran to Qom was talked over. But the British and Russians destroyed the plan by bringing the king of that time, Ahmad Shah under pressure. At the same time, a “National Defense Committee” was set up, and Qom turned into a political and military apex, against the Russian and British powers. But after countless differences, Qom came under the hold of the Russian forces in 1915. Today, Qom is counted as one of the crucial centres of the Shia sect both in Iran and around the world. It’s a theological centre and the Holy Shrine of Hazrat Ma’soomeh (AS) are prominent features of this flourishing city.It is said that the city of Qom existed in the pre-Islamic ages, whereas, some believe that the same belongs to the post-Islamic times. ‘Kom‘ was the name of the ancient rampart of the city of Qom, thus, the Arabs called it Qom. During the Arab conquests in Iran, Qom was a district of Esfahan and thereby was captured along with the same. In the year 23-24 AH., Abu Moosa Ashari dispatched a part of the forces under his command to Qom. It was during the reign of Caliph Omar II, that Qom was captured by the Moslems, and was turned into a city due to migration of the Ashari tribe from Kufeh. Conflicts arose between the new arrivals (Arabs) and the former residents of the area being the Zoroastrians. Finally, the invaders gained a stronghold.

You can travel to the religious and pilgrimage city of Qom on a religious tour of Iran that our tourist agency(Gapatour) has provided for your loved ones.

It is said that the city of Qom dates back to the pre-Islamic ages, whereas, some believe that the same belongs to the post-Islamic times. “Kom” was the name of the ancient rampart of the city of Qom, thus, the Arabs called it Qom. During the Arab overthrow in Iran, Qom was a district of Esfahan and thereby was captured along with the same. In 23-24 AH,” Abu Moosa Ashari”, sent off a part of his forces to Qom. Qom was captured by the Muslims and was turned into a city due to the migration of the Ashari tribe from Kufeh during the reign of Caliph Omar II. Conflicts arose between the new arrivals (Arabs) and Zoroastrians (the former residents of the area). Finally, the invaders gained a stronghold. Qom now is believed to be the religious capital of Iran. Students and clergymen interested in Shia clergy can experience the best services and educational manners at Hawza 'Ilmiyya Qom (one of the best Hawzas in the world) in Qom. For people who don’t know what Hawza is, Hawza is a seminary where Shi'a Muslim clerics are educated. If you are interested in getting to know how our Grand Ayatollahs get educated in your Iran Trip the best way is to pay a visit to Qom in your Iran travel. 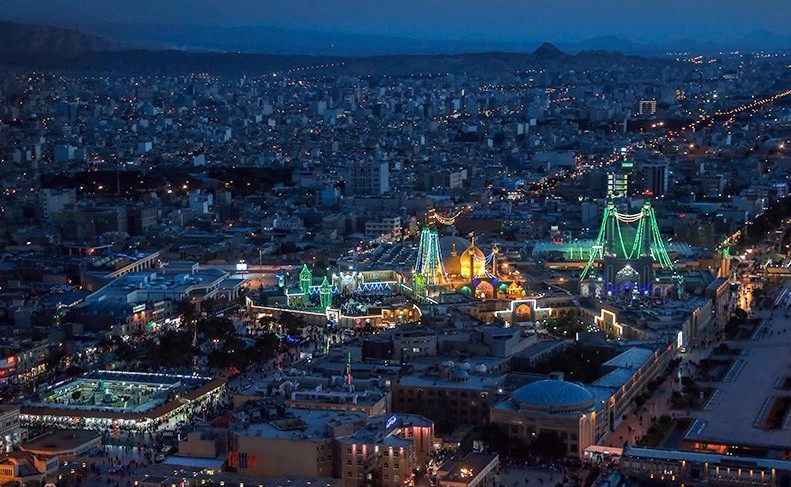