The fifth-largest city of Iran and the capital of Fars province Shiraz is believed to be the most beautiful city of Iran. Shiraz was at its peak in the Zand dynasty and has witnessed a lot of crucial historical events.

Shiraz is the city of poets

Shiraz is also known as the city of poets since many influential Iranian poets whose poems changed our literature were born and lived there. Frome the most important ones of them we can name Saadi and Hafez. If you are a fan of literature you should have heard their names but if not you should know that their poems take you away to dreamland and bring you the real joy. People of Iran pay great respect to them, for example, we read Hafez’s poems in most of our festivals and celebrations like Nowrooz, Yalda, and so on. Some even believe that Hafez’s poems can predict their future, they just open a page of his book by chance and the poem on that page will tell them their future.

We are honoured to live in a country they lived once. On your travel to Iran don't forget to pay a visit to Saadi and Hafez tomb in Shiraz. 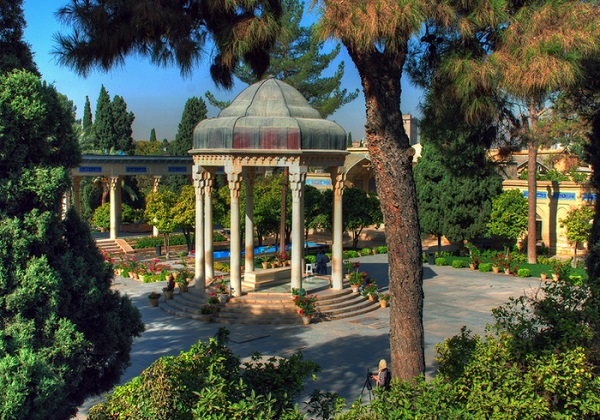 What to buy in Shiraz

Like other cities explained in the Gapa tour, shiraz has especial edible and handicraft souvenirs too. In your Iran trip, you must taste "Faloude Shirazi” in front of Heavenly site of Hafez tomb at least once.
Besides “Faloude Shirazi” other edible souvenirs of Shiraz are: Youkheh, Masqati, Candied Almond, and Herbal essences (Like Bahar Narenge, Bidmeshk, and Nastaran). If you are looking for special gifts for friends and family or just memorable souvenirs to bring home with you, Shiraz has some unique and beautiful handicrafts. Shiraz's handicrafts are Khatam, Silver objects and dishes, Glassblowing, Wood carving, Ceramic dishes and objects, and Felt Alabaster.

Where to visit in Shiraz

We wrote about Saadi and Hafez's tomb above but does the city of culture and poets limit to only those two sites? Definitely not. In Shiraz you can visit the Vakil complex (Bazaar, mosque, bath), Karim Khan Citadel (the symbol of Zand dynasty), Eram garden (UNESCO world heritage site), Nasir-al-Mulk mosque, Garden of Jahan Nama, Saraye Moshir, and Ali Ibn Hamzeh mausoleum.

Vakil complex consists of a bath, mosque, and Bazaar. The mosque is for its Shabestan pillars and entrance arcade, the bath is good to understand our cultures and how Iranians used to live in the past, and finally, its bazaar is the best place for shopping and getting to see some awesome handicrafts. 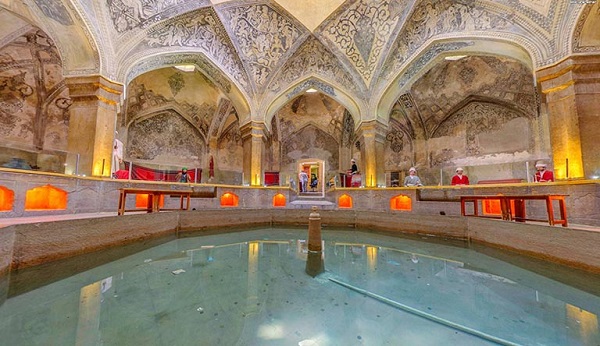 Also known as Arg-e Karim Khan, Karim khan Citadel is a historical site aging back to the Zand dynasty and resembles that era, this was used as a prison during sometime too. With a beautiful park surrounding it, you should pay a visit to this site when you visit Iran

If you want to see true heaven with your eyes make sure you add visiting Eram Garden in your visiting sites list. Being a UNESCO world heritage site it once was home to the Qashqai Tribe leaders but now is open to everyone to visit.

Cover page of the most important Iran travel agencies, one the places for photographers in the world, and in my opinion the most beautiful place of Iran is Nasir-al-Mulk mosque or as people call pink mosque. This name comes from extensive coloured glass in the mosque's facade mostly in pink that brings an indescribable view in front of your eyes. 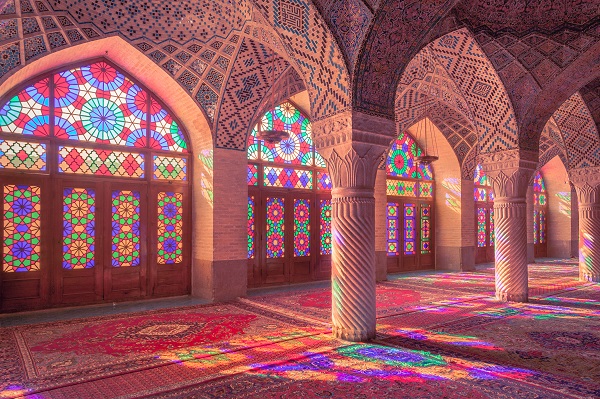 For fans of nature after Eram Garden, the Garden of Jahan Nama is recommended. Greenery area with a museum in its middle and a coffee shop in the southern part of it.

Saraye Moshir is an old bazaar resembling our trade ways in the ancient times and brings you back in time to when people bargained and makes you feel like you walk in the eighteenth century.

Our final recommendation for the tourists is to visit Ali Ibn Hamzeh mausoleum. It is a holy shrine good for Islam lovers. It was built due to the respect to one of the relatives of our forth imam. This site has historical and architectural value besides its religious importance.

Gapa tour has tours to shiraz

Gapa Tour Company has 7 Iran tour packages passing Shiraz and in all of them, you can visit all the sights mentioned above. Our Iran cultural tours are unforgettable...

Hope this article helped you to get to know your destination better but if you have any more questions our expert staff are always ready to answer you, all you have to do is to contact us.

Shiraz used to be one of the most crucial capitals in the medieval Islamic world.it was during the Zand dynasty that Iranian capital of that time shiraz was grown and it was when many of its most beautiful buildings were built or restored. Due to its many artists and poets, Shiraz has been synonymous with learning, poetry, roses and, and used to be also wine.

Shiraz as one of our number one destinations in Iran trips is the fifth most populated city of Iran and also the capital of Fars Province. In 2009 the population of Shiraz was approximately 1,455,000. As evidences show Shiraz was built in the Elamite Dynasty dating back to 2000 BC. In the 13th century, Shiraz became the leading center of the arts and letters, due to the encouragement of its ruler and the presence of many Persian scholars and artists. Shiraz was the capital of the ancient Persia during the Zand Era for almost thirty years and for a brief time in the Saffarid period. Some of the most famous poets of Iran such as Hafez, and Saadi where born in Shiraz. 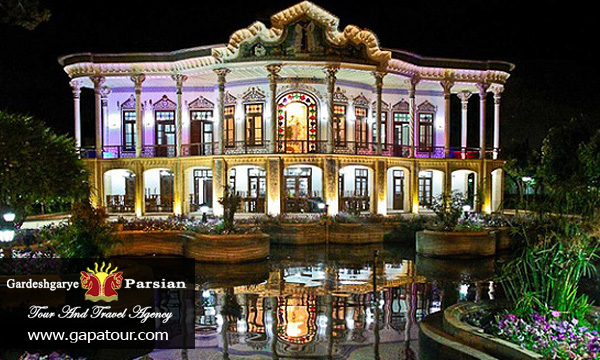 Shiraz is located in the southwest of Iran on a seasonal river. It has a moderate climate and has been a regional trade center for almost a thousand years. It is known to be one of the oldest cities in the ancient Persia. 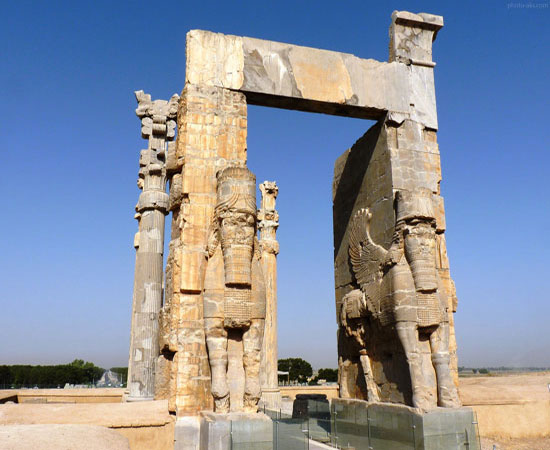