Hamadan province, with an area of about 20 square kilometres is located in the centre of the western part of Iran. The specific position of this province has made Hamadan as one of the main communicating arteries with north, east, south, and west of Iran since ancient times.

Having been the capital of Median, of Achaemenian and then of Parthians and Sassanians, Hamadan has the most illustrating past, the highest elevation and the finest situation of any living city in Iran. Its blue pottery industry, its large green belt, lying at the foot of the Zagros range, and its Ali-Sadr cave which is the longest water cave in the world, add more vitality to this city.

The presence of the ancient tribes like Kassites, median, Achaemenid and then Parthian has changed this area as the lap of an ancient civilization. Relics like: giant hill, Hegmataneh, and Nushijan hills are good pieces of evidence. Having various potentials on building sports and recreational facilities such as mountain climbing, grass skiing, rock climbing, sailing, horse riding, cycling, etc. have caused this city to be unique.

there is so much to visit and do in Hamedan in your Iran travel.do not forget to pay a visit to this exceptionally beautiful city on your trip to Iran

Hamedan's most famous monuments and landmarks:

Hamedan as mentioned above has been the capital in so many important eras, therefore there is a lot to visit, but with the limited time, unfortunately, you have to choose only some to visit. Here are our recommendations: Ali-Sadr cave, Avicenna Mausoleum, Hamam-e Qal' eh Museum of Anthropology, Alavian Dome, and Tomb of Baba Taher.

The world’s largest water cave, Ali-Sadr cave, attracts many native and foreign tourists yearly. In Hamedan, you can explore the Ali-Sadr cave with pedal boats (pedalos). 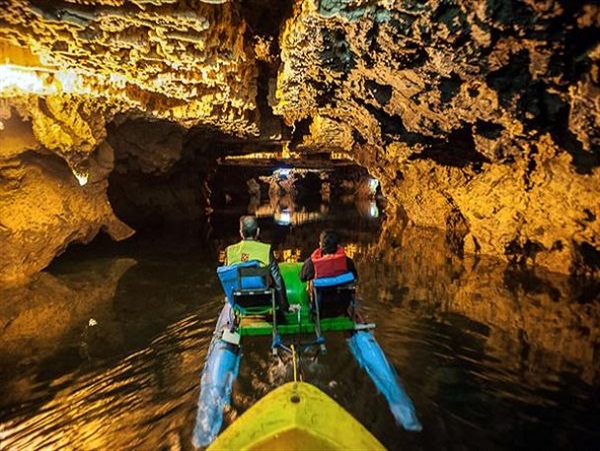 The father of modern medicine, Avicenna was a Persian Muslim polymath who was known as one of the most significant physicians, astronomers, thinkers and writers in the Islamic Golden Age. Of the 450 works he has written, nearly 240 have survived, including 150 about philosophy and 40 about medicine. His tomb and mausoleum as the symbol of Hamedan are located in the middle of the city.

Hamam-e Qal'eh Museum of Anthropology was an old bath castle in the Qajar dynasty but after a major renovation in the Pahlavi era, the castle bath was renovated to an anthropological museum. The museum opened in 2008. In this museum, you see the old habits of Iranians and the way they accommodated each other. You can also enjoy folklore live music in the museum. 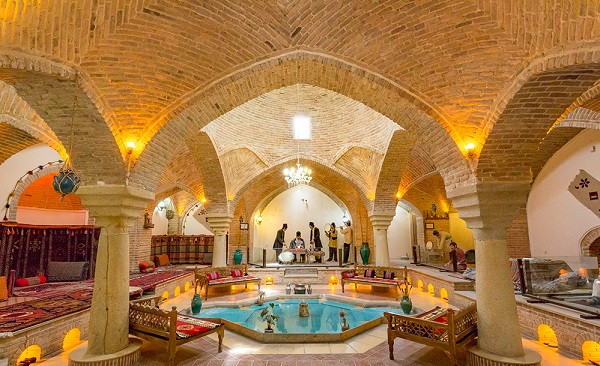 Alavian Dome, located in a garden with the same name, was once an important mosque in the Seljuk era, but then changed its usage to the tomb of the most important members of the Alavian family. The architecture and stucco works of Alavian Dome is a masterpiece and unique in Iran.

Baba Taher was a Dervish poet who dedicated his life and energy to poetry and made big and important effects on our culture and the way we live. He has vital importance to all of the Iranians especially the admirers of the Islamic literature, that's why there is a square in his name in Hamedan, in which lies his body. People of Iran respect him a lot and so many tourists visit his tomb yearly. 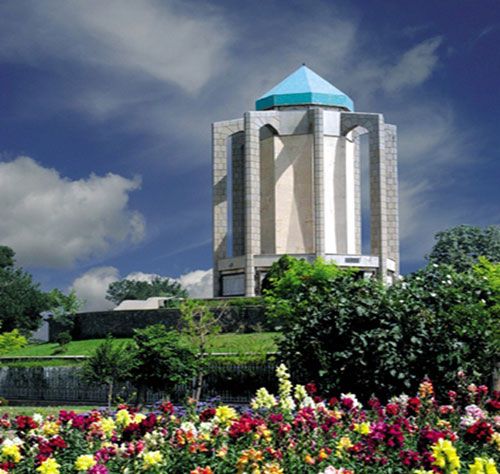 Hamedan total attractions are about 1750, registered relics of about 868 and a number of 24 tourism facilities. currently, 11 museums are active under the supervision of Hamedan cultural heritage, handicrafts, and tourism organization .7 museums are in Hamedan and 4 other museums are in Malayer, Tuyserkan, Nahavand, and Asad Abad. 2 other museums of Hamedan are under the supervision of agricultural faculty and organization for preserving holy defense values. Number of typical tourist attraction in Hamedan province are about 28 (including Sarab Gyan , Serkan , Ali-Sadr , Heydareh , Nushijan , Lalijan , Ekbatan dam ,fruit garden ,Tarik Dareh ,date Morad Beig,the northern slopes of Mount Alvand ,kalan dam in Malayer ,Aq Gol in Malayer ,Lashgar dar district ,Samen ,Shahrestaneh valley in Tuyserkan,qalandar Syah hill,Gazander hill,Malham Dareh and....) cultural diversity of different ethnic groups in

The province such as Lorish, Kurdish, Turkish, Lak, and Persian has added a special value to this area.

Hamedan province with a history of more than 5000 years old is among historical cities with good potentials which inherited from its old dynasties. The existence of more than 150 fields of handicrafts expresses the national and cultural identity of the people in Hamedan .the most important handicrafts of this province include: pottery, ceramics (the largest of its kind in the country), rugs, glim, leather, fretwork and stone artifacts.

Gapatour has seven different Iran cultural tours in which all of them pass Kashan. These tours give you the best services with comfort and luxurious at the lowest prices among other Iran travel agencies. Our services in the historical and cultural packages include: Iran visa, accommodation in the five-star hotels, free transportation all across Iran, Experienced English speaking staff for your Iran travel guide, breakfast, domestic flights, all the entrance fees, all taxes, insurance, company gift, and many more that you can visit on our page.

Start your memorable trip here. Contact us and we will arrange everything for you...

In the Islamic period, Hamadan has undergone some important historical changes. The presence of Sadat Alavids, in the Seljuk period, is important because it has provided Alavian Dome.in the Dailamite period, we faced with the presence of the great scientist Avicenna in Hamedan at the time of Shams Oldole Dailami. Tomb of this great scholar has added a special value to the city .during Ilkhanates chancery, and their interest in Iran’s history and culture caused the renovation of ester and Mordekhay's tomb and Baba Taher monument. In the Qajar era, Hamadan Jame mosque and old market were also built .and finally in Pahlavi's ear, many different baths and old house houses were built like:ghale and haji and Armenian old bathrooms. also having 9 townships called: Nahavand, Tuyserkan, Malayer, Razan, Famenin, Bahar, Asadabad, Kaboudarahang and Hamedan as a capital of this city and population density of over 1.7 million people, this province is home to many historical and cultural relics. Right now 11 tourism villages of Hamedan, including Habashi, Khaki, Simin Eberu, Ali-Sadr, Gashani, Manizan, Varkane, Ghale Jough, Pary, kaj and Oshtoran are under study. 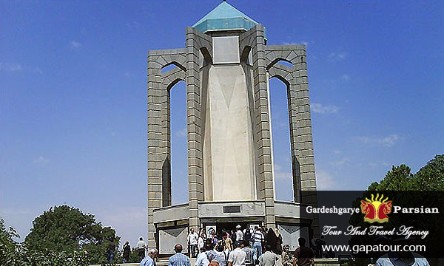 in the center of Hamden province lies Hamedan, one of the western and mountainous cities of Iran. Hamedan city is located on the slopes of Mount Alvand, at the height of 1,900 meters above sea level, and is considered as one of the coldest cities of Iran. Hamadan is one of the oldest cities in Iran and also one of the oldest cities in the world. In 2006, the Islamic Consultative Assembly declared Hamedan as "the capital of Iranian history and civilization". Hamedan was the first capital of the first Iranian monarchy, the Medes. Hegmataneh's ancient enclosure, as well as Ganjnameh's inscriptions,  are the founded relics in Hamedan of the Medes era. Also, the city of Hamedan was one of the capitals of the ancient Persia in the days of Achaemenid, Parthian, Sassanid, Al Boyeh and Seljuk.

Nowadays Hamadan Province is known as the 5th cultural and tourist city of the country due to its historical and spectacular sights. The Avicenna Mausoleum is a symbol of the city of Hamedan and also one of the symbols of Iran's history in the world culture, knowledge, and science. The city of Hamedan is considered as the 14th most populated city of Iran and it was introduced in August 2009 as one of the metropolises of Iran. In the years 1300 to 1304, the German engineer Karl Frisch designed a type of radial map as a modern design for Hamadan.