The cool blue tiles of Esfahan's Islamic buildings and the city's majestic bridges contrast perfectly with the hot, dry Iranian countryside around it: Esfahan is a sight you won’t forget. Not only is the architecture superb and the climate pleasant, but there’s a fairly relaxed atmosphere here, compared with many other Iranian towns. It’s a city for walking, getting lost in the bazaar, dozing in beautiful gardens and meeting people.

Being one of the oldest cities of Iran, Isfahan has so many sights to visit and three of Isfahan’s historical attractions have been assigned to the UNESCO world heritage list. The best historical and architectural sights of Isfahan are Naqsh-e Jahan Square, Sheikh Lotfollah Mosque, Shah Mosque, Ali-Qapu, Chehel Sotoun, Hasht Behesht, Jameh Mosque of Isfahan, Vank Cathedral, Menar Jonban, and the Bazars of Isfahan.

No travel is completed without buying some memorable souvenirs, Isfahan has some special souvenirs too. Usually, the souvenirs of most cities in Iran divide into two kinds, edible and handicrafts. Isfahan's handicrafts are Minakari, Carpet, Kilim and Gabbeh, tile work, Ghalamkari, khatam, and Ghalamzani. You can easily find these astonishing handicrafts in the Isfahan’s Bazaar or around Naqsh-e Jahan Square.

Isfahan has also some delicious edible souvenirs too. If you are a fan of trying new pastries, you examine Isfahan’s Sohan, Poolaki, and Gaz.it would be an experience you would love and never forget.

Where to go in Isfahan

As mentioned above Isfahan has three UNESCO world heritage sites, therefore let’s start with them.

Jameh Mosque of Isfahan is one of the oldest mosques that is still used as a place of worship in Iran. Rumors have it that the old Jame Mosque of Isfahan was built on another old temple so it was used as a place of worship even before the creation of what we now call Jameh mosque. Jameh mosque was reconstructed in the Seljuk era and registered in the UNESCO world heritage site list in 2012.

To visit this beautiful mosque you can visit Isfahan city on the religious tour of Iran that our travel agency has provided for your loved ones. 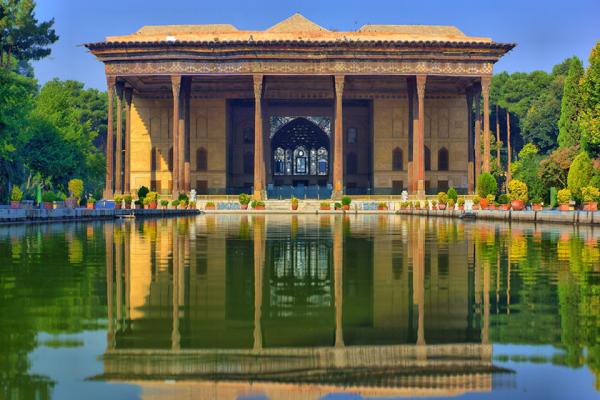 Isfahan was the capital of Iran in the Safavid era. Built-in 1629, Naqsh-e Jahan Square with an area of 89,600 square meters is surrounded by building aging back to the Safavid dynasty. The mixture of Persian and Islamic architecture has made one of the world's miracles that captured the admiration of some of the best architects like Pietro Della Valle.

As I said above Naqsh-e Jahan Square is surrounded by building aging back to the Safavid dynasty, Sheikh Lotfollah Mosque on the eastern part, Shah Mosque in the northern part, Ali-Qapu on the western part, and a little Bazaar on the southern part full of handicrafts and astonishing souvenirs. Naqsh-e Jahan Square is a masterpiece and without a doubt the best site to visit in Iran or even the world. Make sure to add it to your must-visit list. 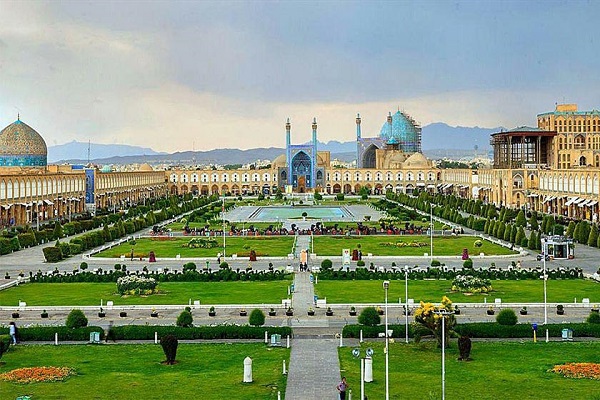 All the sights explained above were somehow reflecting the Islamic face of the ancient city of Isfahan but this city doesn't only finish in Islamic art. Ready to visit one of the most beautiful and important cathedrals of Iran? It lies right in the middle of Isfahan. Vank Cathedral was built in 1618 in the ottoman war. Shah Abbas the Great, king of that time after concurring some parts of Armenia opened the city Gates to the Armenians who became homeless during the attacks and let them build a cathedral, like the one they had in their own country. Vank cathedral is famous for the prayer that is written on a single hair that is only visible with a microscope. It's a perfect place to visit on your Iran travel. 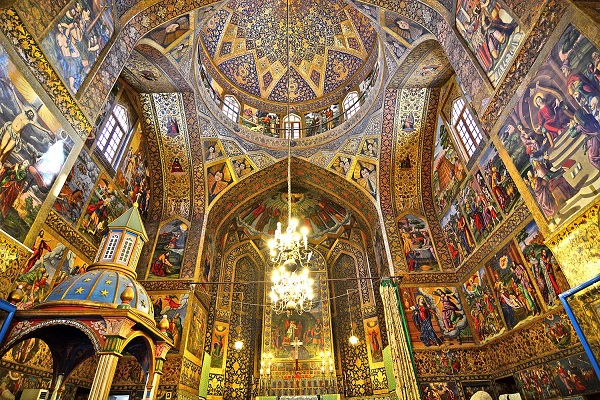 Also built in the Safavid dynasty, Menar Jonban (Menar is a kind of element like a tower and Jonban means shaking) resembles the perfect Islamic architecture as well. It consists of two Minerates (Menar) that if you shake one the other would be shaken too.

Hasht Behesht or in English eight heavens is a private pavilion Safavid kings made for themselves and as its name resembles, it is as green and as beautiful as the heaven itself.

The place you (especially women shouldn’t forget to pay a visit) is Isfahan’s grand bazaar, if you want to travel in time and go back to the Safavid era, Bazaar is the best place for you. With the warm-hearted welcoming salesmen, so little has changed in Bazaar in time and it has kept its old structure and architecture.

Gapa Tour has tours to Isfahan

If you want to travel to this marvelous city on your trip to Iran, Gapa Tour as so many tour packages that pass Isfahan and indeed is the best travel agency in Iran. If you visit the warm and kind comments, our former passengers left us on trip advisor you will see that you can easily trust us with your Iran trip and that we will give you the best services at an affordable price. Iran cultural tours are waiting for you. All you have to do for experiencing your memorable trip is to contact us.

This city was the capital in the Parthian era, and in the Sassanide period came under the influence of the seven large influential families of Iran or the Espoharan. On the advent of Islam, till the early 4th century AH, it was under the jurisdiction of the Arabs, and was favored by Mansur one of the Abbasside Caliphs during his rule. In

the year 319 AH, Mardavij Ziyari selected Esfahan as the capital and so too in the year 327 AH. when RokneddinDeylami chose the same as the capital city during his rule. But in the year 443 AH. Togrol Saljuqi proved victorious here, and this was the cause of various erections such as mosques, buildings and palatial mansions in Esfahan. However, in the year 639 AH, Esfahan was invaded by the Mongols, and after their drawback the city flourished again. Only to witness severe damages during the assault of Teimoor the lame. Shah Abbas Safavid was responsible for returning Esfahan to its former glory in the year 1000 AH. 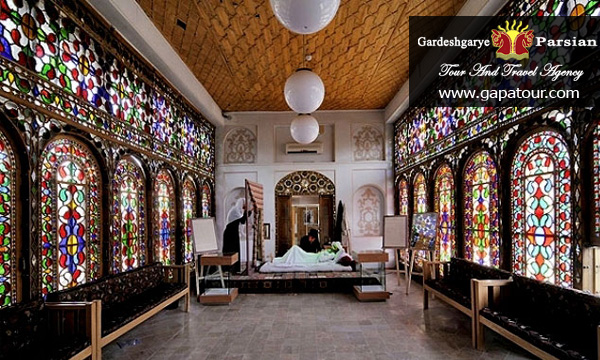 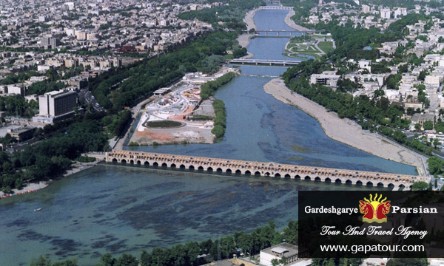