Introduction and souvenirs of Ahvaz city

Being the capital of Khuzestan province, Ahvaz is the home of 1,300,000 citizens from different nationalities, therefore different languages are spoken in it, such as Arabic, Persian, the Persian Dialect of Luri, Dezfuli, Shushtari, and etcetera.

The city of Ahvaz with an area of ​​31,800 hectares is considered as one of the biggest cities of Iran (the tenth largest city in Iran). The largest oil producer in Iran (The National Iranian Oil Company) is in Ahwaz, and the National Iranian Drilling Company Which is considered to be the largest drilling company in the country is also located in Ahvaz. The most abundant river in Iran, Karoun River, originates from the Bakhtiari Mountains, by entering Ahwaz, the river divides the city into two parts, east, and west.

Ahvaz has boiling hot weather especially in summers but has so many exceptionally beautiful sights to visit. Some of the most famous sights of Ahvaz are Chogha Zanbil, Haft Tepe, Shushtar, and Shush. All of these sights are explained bellow detailed.

If you are a fan of souvenirs like me, in Ahvaz, you can buy so many things which are mostly sea products. Some of Ahvaz souvenirs are Different species of fish, Date, Date cookie, carpet weaving, folk costume, pug for gold, and marine decorations.

One of the most exciting and fun things to do in Ahvaz is to rent a boat in parks near the Karoun river and go sailing on the water. Ahvaz has so many bridges on the Karoun river, therefor Ahvaz is also called the land of bridges. 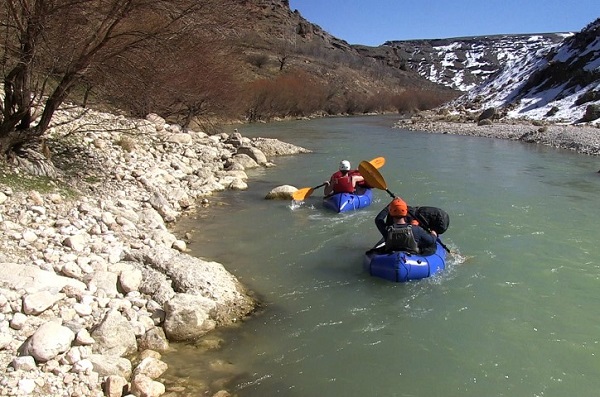 Ahvaz and his eye-catching souvenirs are waiting for you. Contact us if you want to explore this marvellous city. With us, you can experience a memorable trip.

Where to go in Ahvaz

As mentioned above Ahvaz has a lot of must-go sights on your Iran trip and plays a big role in the Iran tourism industry. Let’s start with Chogha Zanbil. Being the first site of Iran that was added to the UNESCO world heritage list, it is not a lie to say that Chogha Zanbil is the most important sight of Iran. Chogha Zanbil is one of the Elamite sanctuaries and the last of the Diovan period. built around 1250 BC by the king Untash-Napirisha, as a to gift to the great god Inshushinak, its original name was Dur Untash, which means 'town of Untash', but besides priests and servants, no one has ever lived there. 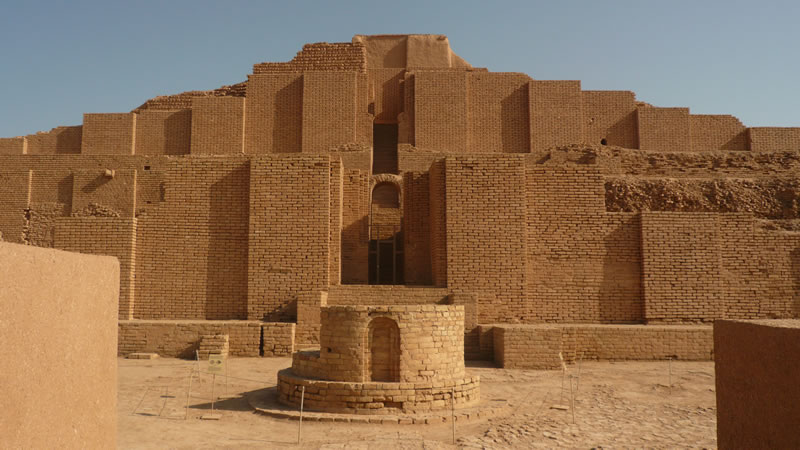 Shush or as the ancients called Susa, was built around 6000 years ago (c. 4200–3900 BCE).  Susa was the capital of Susiana state and later the capital of the Achaemenid Empire. Susa was placed approximately where the modern Khuzestan Province is now and was centred on the Karun River. You can still see the ruins of that time in the southern part of the new shush city.

The phrase Haft Tepe means "seven hills". In fact, Haft Tepe was an ancient area containing seven hills. The ruins of Haft tepe ages back to 3,000 years ago. Haft Tepe is very close to the Chogha Zanbil and you can visit both of them in one day.

Shushtar is famous for its UNESCO world heritage site “Shushtar Historical Hydraulic System”. These structures belonged to the Sassanid era. These structures were used during the Sassanian period to use the force of water to move industrial mills. In this complex, you can see the construction of mills, waterfalls, canals and huge tunnels leading water. 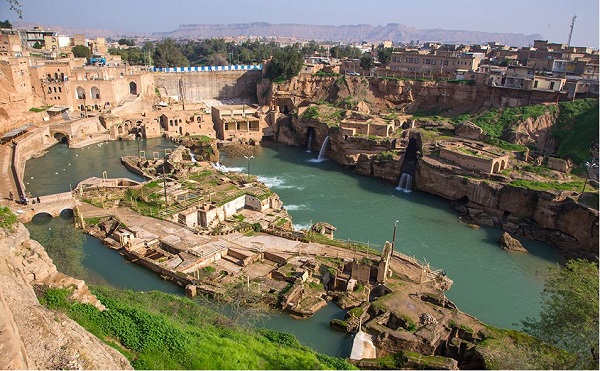 In ancient times Ahvaz was called “HormozdArdeshir” and then “Soq-ol-Ahvaz”. Later on, it was known as "Naseri". Some historians have mentioned it as "Algeenis". There is a strong possibility that the city of Ahvaz is located on the site of the old city of "Taryana". Ardeshir Sassanide has once mentioned: I rebuilt Taryana and named it “Hormozd Ardeshir”. During Sassanide's reign and for his successors, the city prospered, and instead of Susa became the capital of “Suziana” (Khuzestan). At the time that the Arabs gained control of Suziana, Hormozd Ardeshir was re-named to Soq-ol-Ahvaz, meaning the market of Khuzis or Hoorie.

Although at first the polluted weather or the warmth of the air would make anyone omit Ahvaz from his to visit list in his travel to Iran, on the other hand, you should note that Ahvaz has two UNESCO world heritage sites and worth's at least one day of your journey.

How to get to Ahvaz

You can also travel to Ahvaz by bus or car too, but the best and easiest way to reach Ahvaz is by airplane.

During the period of Omavi and Abbasides Caliphs, Ahvaz city flourished and became the center for the cultivation of sugar-cane. But at the end of the 3rd century AH due to upheavals of Saheb-ol-Zanj it witnessed a decline. Later on, efforts were put for recapturing its fame, but in the mid-9th century AH, the destruction of its large dam furthermore intensified the decline of the city from the former position that it was used to enjoy.

The construction of the Suez Canal, improved trade and shipping on Karoon River, and reformation of Bandar-e-Naseri as a port during the Qajar era, once again caused the flourishing of Ahvaz, and its name was changed to Naseriyeh. During Pahlavi period, the city was regained its old name,i.e.,'Ahvaz'. At present, it plays an important role in the cultural, economic and industrial fields in Iran as well as being one of the highly populated areas of the province. 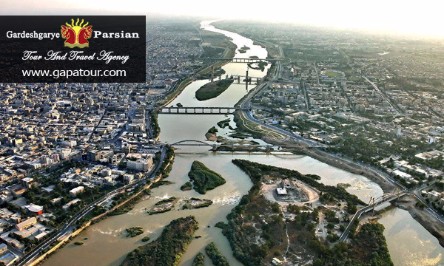 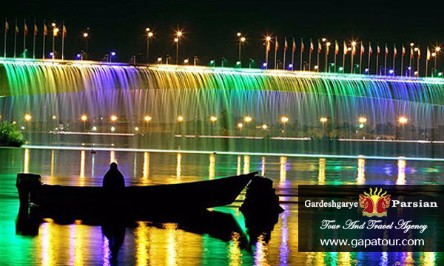