Yalda Night or Chelle Night is one of the oldest Iranian celebrations. In this celebration, people celebrate the longest night of the year, followed by the prolongation of days in the Northern Hemisphere, which coincides with the winter revolution. Another name for this evening is "Chelle" because the celebration is an Iranian ritual. Yalda refers to the time between sunsets from December 5 (the last day of autumn) to sunrise on December 1 (the first day of winter).

Yalda Night has been one of the sacred nights in ancient Iran that was officially recorded on the calendar during the time of Darius (Achaemenid dynasty). The Iranian people have had a tradition for this special night since ancient times. The people of ancient times, whose agriculture formed the basis of their lives and got used to the seasons and natural contradictions throughout the year, were able to adjust their work and activities, by the changing of seasons and shortness and length of day and night, from experience and time. Set the day and night briefly and the direction and motion of the stars. They observed that in some days and seasons, the days were very long, and, as a result, more sunlight could be used in those days. It was believed that the light and the sun's rays symbolized the good, and they are in a battle with the darkness of the night. The people of antiquity, including the Aryan tribes, They found that the shortest days were the last day of autumn and the first night of winter and immediately after that, the days gradually get longer and the nights get shorter; therefore, it is called the night of the birth of the sun (Mehr), and they put it the beginning of the year, The Christmas is also rooted in this belief. According to opinion, ancient Iranians: Darkness represented evil, And because on the longest night of the year, the devilish darkness is more enduring, It was a haunting night for the Iranians. When it arrived, they set fire to destroy the dark and evil agents run away. The night of Yalda is also known as the night of the sun, god, justice, treaty, and war. One of the narratives in this regard relates to the Mehr, Mithra, or Mystery is a pre-Zoroastrian Hindu god of Zoroastrianism, which also gives meaning to the treaty and friendship and the sun. Mitra (Mehr) returns to the world this night, Extends daylight hours, and as a result, the sun's supremacy emerges. The ritual of the seal is based on the worship of Mithra in the pre-Zoroastrian religion, and Europe, it is also called Mithraism. Some scholars believe that the Prophet it born at Yalda night. In both narratives, Yalda Night is Mehr's birthday and is a remnant of Mehri rituals that are widespread in the eastern Mediterranean and whose work can be seen, including the remaining Mehri temples in Palmyra in present-day Jordan.

Yalda's celebration in Iran today is also attended by family members and relatives. The ritual of Yalda or the night of the chalice is eating special nuts, watermelons, pomegranates and sweets, and various fruits that are all symbolic. They symbolize blessings, health, abundance, and happiness. On this night, it is customary to retain the Hafiz Book. The audience foretells by picking and breaking the walnut from its oyster or fullness.

It is customary that on this great night, the family will get the omen. These are the customs that remain among the people of Mehr's ancient culture and are renewed every night by Yalda Night.

Yalda night fruits and their properties

This fruit at Yalda Night Table is a symbol of happiness and birth. Pomegranate is a blood-forming fruit, and those who are pale and weak are recommended to drink pomegranate juice. Because it has lots of vitamin C and iron. The immune system makes the body healthy and enhances energy and blood purification and makes the skin of the person who drinks the pomegranate bright and vivid. For this reason, pomegranates are considered a symbol of birth and happiness.

Yalda nuts contain pistachios, almonds, hazelnuts, and walnuts, and in some areas, dried fruits are also used as Yalda nuts. Nut seeds are high in calories, vitamins, and minerals, and will not let people get damaged, lose their hair, become depressed, or lose sight.

The Republic of Azerbaijan seeks to register Yalda, which is one of the ancient and national rituals of Iran, dating back to 8,000 years, under its name. 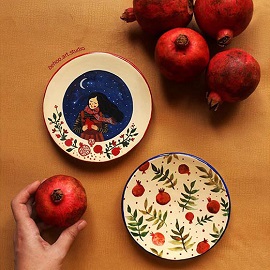 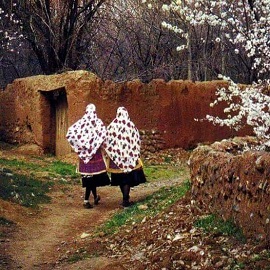 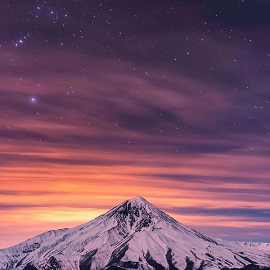 Where is the starry sky of Iran? 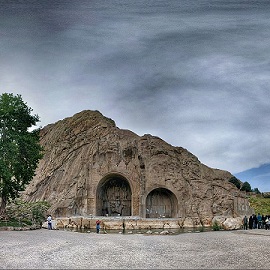