Iran tours have many majestic and unique sites to visit. Alisadr cave is the world’s biggest water cave and located in Hamedan city. The cave is entered at the side of a hill called SARI GHIYEH which also includes two other caves called SARAB and SOBASHI, each 7 and 11 kilometers from Ali Sadr Cave. Apparently, the water in Ali Sadr cave stems from a spring in Sarab. If you visit Iran during spring or summer is good time to visit HAMEDAN and the cave. The cave walls can extend up to 40 meters high, and it contains several large, deep lakes. The cave has a river flowing through it and most travel through the cave system is done by boat. Excavations and archeological studies of the cave have led to the discovery of ancient artworks, jugs and pitchers dating back to 12,000 years ago. Animals, hunting scenes and bows and arrows are depicted on the walls and passages of the exit section.

In the village of Alisadr, in the suburbs of Kaboud Rahang and 75 km northwest of Hamedan One of the natural wonders of the world and a rare specimen of rowing water caves is the Ali Cave Ravak, which has a latitude of 48 degrees and 18 minutes and a width of 18 minutes at an altitude of 1900 meters above sea level. There are three routes available:

1. Hamedan Laljin to Bijar, which is new and more suitable for the new era.

Alisadr Cave is located at the height of Sari Qayeh (Yellow Rock). In this mountain there are two other caves called Sobashi and Sarab which are 11 km and 7 km respectively from Sadri Cave. Due to the large expansion of crystalline rock layers in the area it is possible. There is a connection between the aforementioned caves and the cave.

the history of AliSadr cave

Geologists attribute the rocks to the second period of geology, the Jurassic Period (190 to 136 million years ago), and evidence from within the cave suggests that the cave was a refuge for early humans.

The people of Alisadr and the surrounding villages had come to understand it since ancient times and exploited its water, but it was never used for tourism until on 14 October 1342 a group of 14 mountaineers and mountaineers from Hamedan Cave mounted put.

They were able to advance through the cave with primitive tools such as hand lamps and rubber tubes. The group's visit was reflected in local newspapers and in 1346, with the news of the discovery of a fascinating and endless cave in the national media, flooded by climbers and researchers. Ala Ghandmandan had a natural effect on it.

In 1352, climbers of Hamadan enlarged the entrance of the cave to 50 cm in diameter and began public use of Alisadar cave in 1354, when the villagers were guided by boats and shovels to see the primitive parts of the cave.

How Ali Sadr cave was created:

- As a result of the combination of rainwater droplets with carbon dioxide gas in the air, the formation of a weak and penetrating carbonic acid in the hockey fields has produced an unstable chemical reaction called calcium bicarbonate because it is soluble in water. Within the thick calcareous layers have created vacant spaces and these spaces have been expanded for millions of years and are interconnected with Morore. In other words, the millions of years of the pen of the world of creation have been engraved and engraved by this masterpiece. Extensive in the heart of the earth.

- Alisadr Cave is one of the most beautiful natural fronts of Iran and a unique phenomenon of its kind in many Jihadis especially due to the continuous water passages and wide and canoeing lakes that spread across the cave. There are few caves in the world such as Mullis Cave in France and Knight and Coban Caves in Australia. Such stunning beauties are cavernous and odorless, and the taste of it is common and there is no wildlife. Its temperature is constant throughout the year and around. 12 degrees Celsius and so clear that up to 10 meters deep with ordinary light and non-visible light The flash is clearly visible. The results of physicochemical tests on its rover show that its chemical properties are close to each other in different parts of the cave, except that the classical light carbonic waters are close to neutral with ph acidity, due to the presence of calcareous minerals. Since the surplus of the cave water is directed to the outside of the cave by various filaments (such as salty springs) so? The water level during the different seasons and years is exceptionally low, but in times of low water it has fluctuations that are clearly visible on the cave wall.

The water in the cave varies from zero to 14 meters in different parts of the cave. The water in the cave is supplied by underground springs from the cave walls and ceilings, which generally originate from atmospheric spillages. It is 10 meters high from the surface of the water, covered with pure calcium carbonate, and in some parts is mixed with other elements that have formed along the water's path from the outside into the cave. These rosobatite form stalactites and form at the bottom of the cave. And in places where there is no water, stalactites (abstracts) come in a variety of attractive forms at once into the view of the cave Exquisite and airy, it is clean and delicate, free from any microbial contamination dust, cool in summer and warm in winter, and the air inside the cave is light and has a state of complete rest, so that no candles can be lit there. Not seen in the candle flame. Some of the cave passages have progressed 10 to 11 kilometers, but not all cave communication channels have yet been discovered. It now begins after a canoeing trail on the dry land of the cave, and Tourists continue boating again for a relatively long distance, discovering 14 km of cave passages But only 4 kilometers of light-flooded passageways are visited. In total, the vast expanse of the Third and Fourth Islands is a trekking cave rafting through the curving waterways and corridors with crystalline roofs to the viewer. Verand, in this work, is truly one of the masterpieces of creation in the world, and no word can describe so much beauty.

There is a restaurant, a market for food and handicrafts at the chapel, a car park for children and green space for mountaineering. 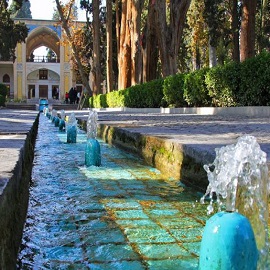 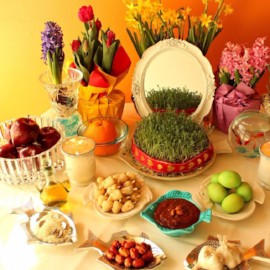 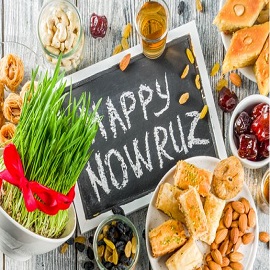 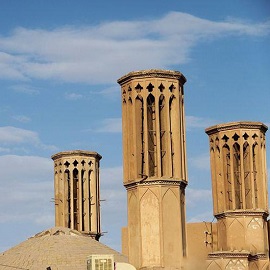